TFS Coaches name Indians of the Month for December 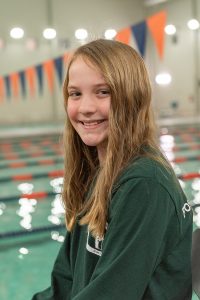 Sixth-grader Molly Rickman of Tiger was selected as an Indian of the Month for December by swim coach Rachel Nichols. “Molly trained hard all through December and over the break,” Nichols said. “Her hard work and determination were reflected in her swims at the end of the month when she dropped three seconds in her 50-yard freestyle and one second in her 50-yard backstroke. Molly is consistently on time and prepared to do her best in practice. We are proud of Molly and her accomplishments.” 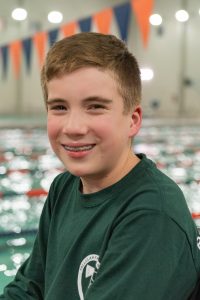 Sixth-grader Charlie Harris of Toccoa was named an Indian of the Month by swim coach Rachel Nichols. “Charlie’s determination and competitive spirit has been a fantastic addition to the team,” Nichols said. “Charlie dropped two seconds in his 50-yard freestyle after consistently working to improve in practice.” 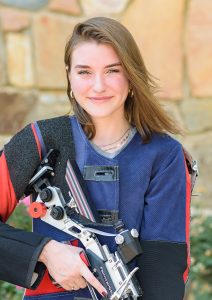 Junior Sam Stamey of Clarkesville was selected as an Indian of the Month by precision rifle coach Tim Stamey. “As captain of our team, Sam has been an encouraging leader who puts others before herself,” Stamey said. “She has practiced countless hours year-round for more than four years to make the Junior Olympic National Championship in Colorado. Participants are invited based on 60-shot standing scores shot in State Junior Olympic Championship matches each year. Sam excelled at the Georgia match shooting a 570 out of a possible 600. This score was not only a TFS record but also historically well over the cut-off score to make the Junior Olympic Nationals.” 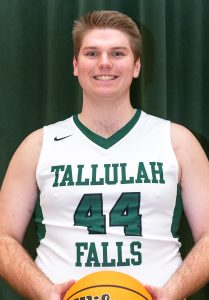