The Georgia Bureau of Investigation announces the appointment of Terry Howard as Inspector. Inspector Howard will provide supervisory and administrative oversight to a variety of GBI Investigation Division work units around the state.  Inspector Howard began his law enforcement career as a uniform officer with the Dougherty County Police Department in Albany, GA. He also worked as a uniform officer with the Columbia Police Department for a time in Columbia, Missouri. In February 2002, Howard was hired by the GBI as a Narcotics Agent and was assigned to the State Drug Task Force.  In 2005, he was promoted to Special Agent and assigned to the Region 3 Americus office, where he remained until his promotion to Inspector, also being promoted to Assistant Special Agent in Charge in 2013 and Special Agent in Charge in 2019.  Howard received his bachelor’s degree in criminal justice from Albany State University and a master’s degree in sociology/criminal justice from Lincoln University. He has been involved in several investigations that have received the GBI Director and Deputy Director Awards for Investigative Excellence throughout his career. Howard also serves as a member of the GBI Special Enforcement Team and as a Board of Directors Member with the Child Advocacy Centers of Georgia (CACGA).  The Georgia Bureau of Investigation is comprised of three divisions: the Georgia Crime Information Center, the Crime Laboratory, and the Investigative Division. The agency has 808 employees and a FY21 budget of $98.8 million.  Inspector Howard is from Albany, GA, where he also currently resides. 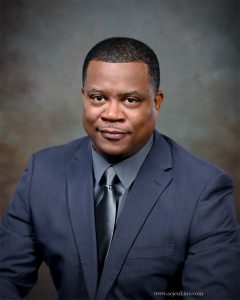