Tallulah Falls Middle School (TFS) was well-represented in the announcement of the Tri-State Sportsmanship Awards. With the spring season halted prematurely due to the Coronavirus pandemic, only fall and winter were decided.  Recipients were determined by votes cast by sport for each school member within the league. There were several ties, and due to the size of the overall group and the wishes expressed by all, the ties will remain.  Tallulah Falls took solo honors in boys cross country and earned a tie in girls cross country with all other member schools, as well as a tie in boys soccer (tied with Summit) and girls basketball (tied with Rabun Gap).  “Athletics is so much more than the outcome on the scoreboard,” says Tim Corbett, TFS Middle School Athletic Director. “This year at TFS we have been blessed to have exceptional seasons in regard to winning on the scoreboard and achieving success with class. Our coaches and athletes are to be commended for being purposeful in their preparation and in considering their fellow competitors by displaying outstanding sportsmanship throughout the year.”  Member schools within the Tri-State League include Tallulah Falls School, Rabun Gap-Nacoochee School, Towns County, Highlands School, Nantahala, Summit Charter, and Swain County. 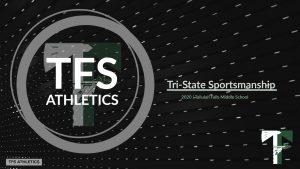