Spring is a favorite time of the year for baseball fans. This is true for varsity players, parents and coaches every year but at Tallulah Falls School (TFS), the 2020 season brings more excitement than ever before.  The Indian baseball program has made tremendous strides over the past three years. New facilities, new equipment and new expectations have all contributed to a program that is on the rise and this year should be no exception, according to Head Coach Mark Wilcox.  “We have come a long way in a short period,” Wilcox said. According to Wilcox, TFS President and Head of School Larry Peevy made it clear the baseball program was a priority by building new facilities and upgrading old ones. “Now our facilities are second-to-none,” he said. “Our players have worked hard and improved every year along with our talent level; we are excited about the upcoming season and competing in a strong baseball league.”  The Indians are returning several starters, including Pre-Season All-State catcher Chathan Clouatre, a junior from Toccoa. “Chathan is a really good player…in fact, he is the best all-around catcher I’ve ever coached,” Wilcox said. “He is a tireless worker and it has paid off in his receiving, blocking and throwing.” Clouatre, according to Wilcox, will be the No. 3 hitter and is one of the best baserunners. “He is a complete baseball player that honestly can play anywhere on the field and as a coach, it is good to have those guys on the team,” he said.  Other returning players are shortstop Davis Jennings, a senior from Clarkesville. “Davis is a fast and talented middle infielder that hits leadoff most of the time for us,” he said. Other returning payers are pitcher/first baseman Caleb Whitlock, a senior from Cleveland, outfielder Zach Corwin, a senior from Baldwin, pitcher/second baseman Drew Bates, a sophomore from Clarkesville and pitcher/first baseman Dylan Alonso, a sophomore from Tiger. Starting pitcher Aubrey Higgins, a sophomore from Cornelia, is also returning. “Aubrey saw significant time on the mound last year as a freshman and going into this season, I would say he is our No. 1 right now,” said Coach Wilcox.  Several new players are entering the program this year, with third baseman/pitcher Trent Thomas, a junior from the Bahamas leading that group. “Trent is a very talented player and like Chathan, he can play anywhere,” Wilcox said. “He is a good ballplayer but what I love most about Trent is he loves to play the game as much as anyone I have ever been around.” Also new to the program this year is outfielder Malique Charlton, a sophomore from the Bahamas and middle infielder Frankey Morree, a freshman from the Bahamas. Weather permitting, the Indians are slated to start the season on Feb. 12 on the road at The Galloway School. 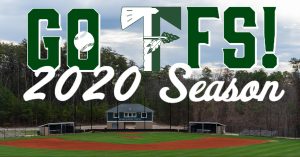