TFS Coaches name Indians of the Week for March 9-14 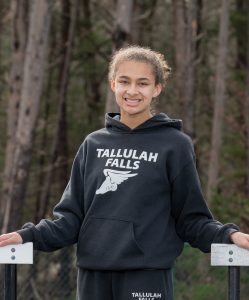 Eighth-grader Julianne Shirley of Clarkesville has been named an Indian of the Week by track and field coach Scott Neal.  “Julianne high-jumped 4’ 8” to break TFS Hall of Honor Athletic Legend Mariam Abdullah’s 2004 record,” Neal said. “Julianne also won the 400m race in 1:06.47 and placed fourth in the 200m.  She ran the fastest leg of the winning 4×4 relay team while scoring 27.5 points in a recent meet. Julianne consistently sets the standard of excellence while being a role model of GREAT leadership.” 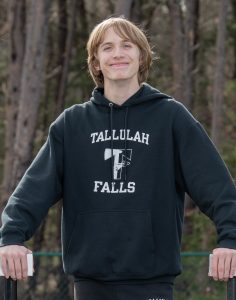 Eighth-grader Blair Moore of Demorest has been named an Indian of the Week by track and field coach Scott Neal.  “Blair set three middle school track & field records at the Hebron MS Invitational. He high jumped 5’ 4” to break Jacob Wehunt’s 18-year record, ran a victorious 400m in 57.36 to eclipse Hunter Braham’s eight-year record, and ran the 200m in 25.28 to better Aiah Yobah’s 2006 record,” Neal said.  Blair ran the fastest leg of the winning 4×4 relay and helped the 4×1 relay to finish fourth while scoring 26.75 points during the meet – more than three other schools. Blair’s daily practice habits, GREAT attitude and positive leadership help to the tone for a season of significance.” 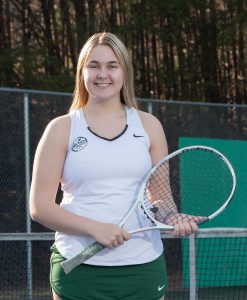 Senior Taylor McAvoy of Lavonia has been named an Indian of the Week by tennis coach Randy Morris.  “We would like to congratulate Taylor McAvoy for earning Indian of the week honors,” Morris said. “Taylor has been a vital part of the Lady Indians tennis team for the past four years. This year as our No. 1 singles player and captain of our team, she has been a GREAT inspiration on and off the courts. Taylor has been a solid rock to help build this team. Congratulations to Taylor.” 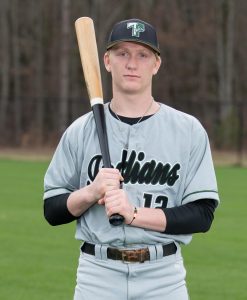 Junior Chathan Clouatre of Toccoa has been named an Indian of the Week by baseball coach Mark Wilcox.  “Chathan again showed why he is the team leader of the Indians baseball team with his hard play, strong leadership and a no-quit attitude,” Wilcox said. “Chathan displayed this leadership during a 3-1 loss to the sixth-ranked Lakeview Lions. Chathan remains the vanguard for other players.”