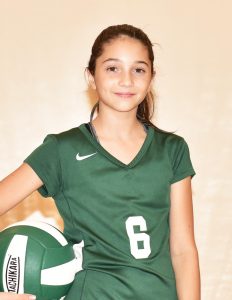 Sixth-grader Rebecca Heyl of Toccoa was selected as an Indian of the Week by middle school volleyball coach Whittney LaHayne. “Rebecca has become a dominant leader on the floor for our team,” LaHayne said. “Her position has been a crucial component of our continued improvement this season. Rebecca works hard in practice and always gives maximum effort. She has a competitive drive and knowledge for the game that cannot be replicated.” 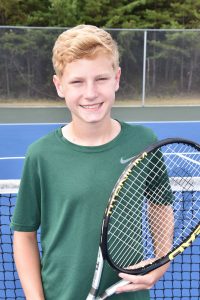 Seventh-grader Tanner Davis of Cornelia was named an Indian of the Week by middle school tennis coach Lisa Wilcox. “Tanner faced a number one singles opponent from Banks County this past week and emerged victorious, 8-1,” Wilcox said. The following day we traveled to Rabun Gap-Nacoochee School where Tanner once again competed at the number one singles position. With great effort and precision Tanner emerged once again by an 8-1 score.” 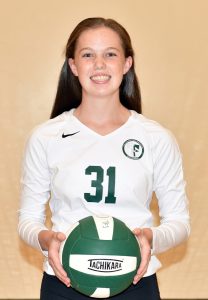 Freshman Sarah Jennings of Clarkesville was named an Indian of the Week by varsity volleyball coach Matt Heyl. “Sarah had a great tournament this past weekend helping us reach the championship in the gold bracket,” Heyl said. “She improved every area of her game putting up her best stats of the year by far. Her vast improvement gave the team confidence in her ability and she was called on to deliver points at critical times during the tournament. To have a freshman rise to the occasion in a critical tournament says a lot about this young lady.” 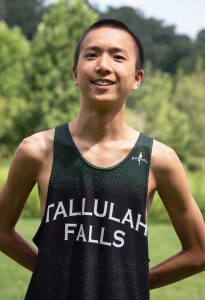 Freshman Zhigao Henrry Xiong of China was selected as an Indian of the Week by cross country coach Scott Neal. “Henry only started cross country a few weeks ago but already scored as a varsity runner at the season-opening Chestatee War Eagle XC Invite,” Neal said. “He finished 107th of 363 overall. He followed that by moving up to within two seconds of being the TFS #5 runner at the North Hall Invite, again being a team scorer. Henry is exemplary in communication, stealthy in his quest to improve and diligent and disciplined to goals, training and in his devotion to team. He trains smart, is tough-minded and seeks to be GREAT.”