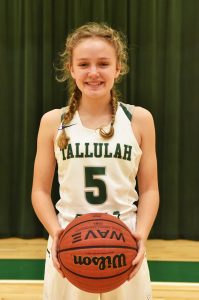 Eighth-grader Molly Mitchell of Cornelia was selected as an Indian of the Week by middle school girls’ basketball coach Sharea Long. “Molly had a fantastic game versus Rabun Gap-Nacoochee School,” Long said. “She stepped up her leadership on the floor and led her team to victory. Molly had four points, numerous steals, and assists and played top-notch defense. “Her teammates respect her and look to her for leadership and guidance. As a multi-sport athlete, Molly manages to give her best efforts and be successful in all of her events as well as in the classroom.”

Seventh-grader TJ Cox of Cornelia was named an Indian of the Week by middle school boys’ basketball coach Tom Tilley. “TJ leads by example and has an impeccable work ethic,” Tilley said. “He is highly intelligent in the classroom and on the court. As a starting guard, he is the floor general for the team and is a joy to coach.” 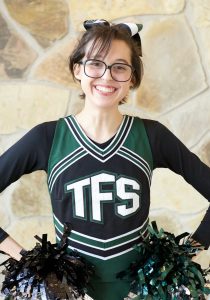 Senior Lily Cranford of Mt. Airy was named an Indian of the Week by varsity cheering coach Amanda Rogers. “This is Lily’s first year cheering but she has gone above and beyond showing school spirit,” Rogers said. “She is always positive at practice and games. She doesn’t give up and she encourages her peers. Lily is an example of GREAT character as well as our cheerleading theme of ‘elevate.’” 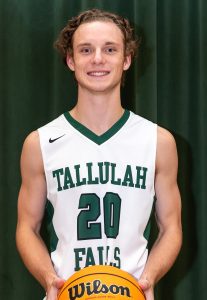 Senior Reeves Cody of Cornelia was selected as an Indian of the Week by varsity boys’ basketball coach Cody Coleman. “Reeves displayed excellent leadership in our recent game vs. White County,” Coleman said. “He played with energy and intensity the entire game, helping to spark a run in the second half. Reeves scored 13 points and pulled down nine rebounds. Through his leadership, the team was able to secure a victory against the Warriors.”