TFS Coaches name Indians of the Month for October 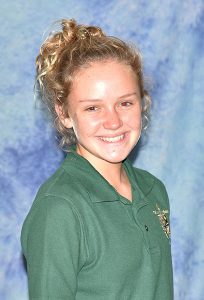 Eighth-grader Molly Mitchell of Cornelia was named an Indian of the Month by middle school girls coach Sharea Long. “Molly has started the season strong,” Long said. “She works hard every day; she displays strong leadership abilities and encourages her teammates. Molly attends practice every day with a positive attitude and an impeccable work ethic. She is one to set high goals for herself and she works diligently to achieve them.” 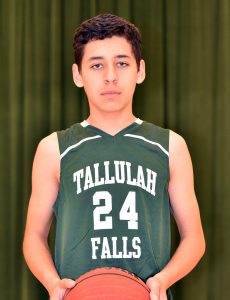 Eighth-grader Marc Crotta of Cornelia was selected as an Indian of the Month by middle school boys basketball ‘A’ squad coach Tom Tilley. “Aside from his exemplary classroom conduct and grades, Marc has a special knack for leading by example,” Tilley said. “Each day he models fantastic work ethic, as well as discipline and respect toward his teammates. Marc is a special player who picks up our system very quickly and is a joy to coach.” 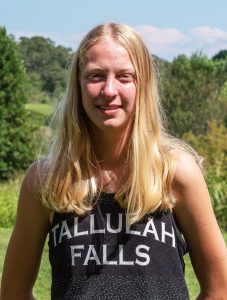 Senior Sophie Alexander of Sautee Nacoochee was named an Indian of the Month for October by cross country coach Scott Neal. “Sophie is the glue, the cog, the centerpiece, the braider of all that weaves in TFS girls cross country,” said Neal. “Sophie placed ninth at the Area meet and 38th at the state meet, culminating a career of the most miles run on the team, a multi-year team captain and a multi-year three-sport athlete. Her record time is third overall on the TFS Legacy List and she has the third-highest state place since the early 90s. Sophie is all about team, toughness and the tenderheartedness necessary to weave everyone together for a common goal.” 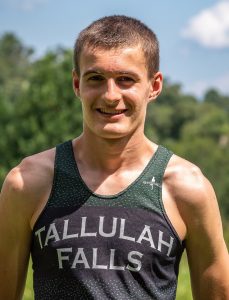 Sophomore Evan Prince of Demorest was selected as an Indian of the Month for October by cross country coach Scott Neal. “Evan is a tough competitor who has been a conscientious leader, role model and encourager of all things team. He finished in the top five in every race this year, broke the 29-year-old school cross country record, led the TFS XC Relay Carnival in only his first week of the season and logged more miles in the offseason and during the season than anyone else on the team. Evan ran with a purpose higher than self and set the team first while raising the expectations and confidence of all around him. He earned All-State honors while placing fifth of 117 racers and All-Area honors by placing third of 74 a week earlier. Evan will race at the Footlocker South Region race at the end of November.”

Rabun County Board of Commissioners Public Hearing on Budget