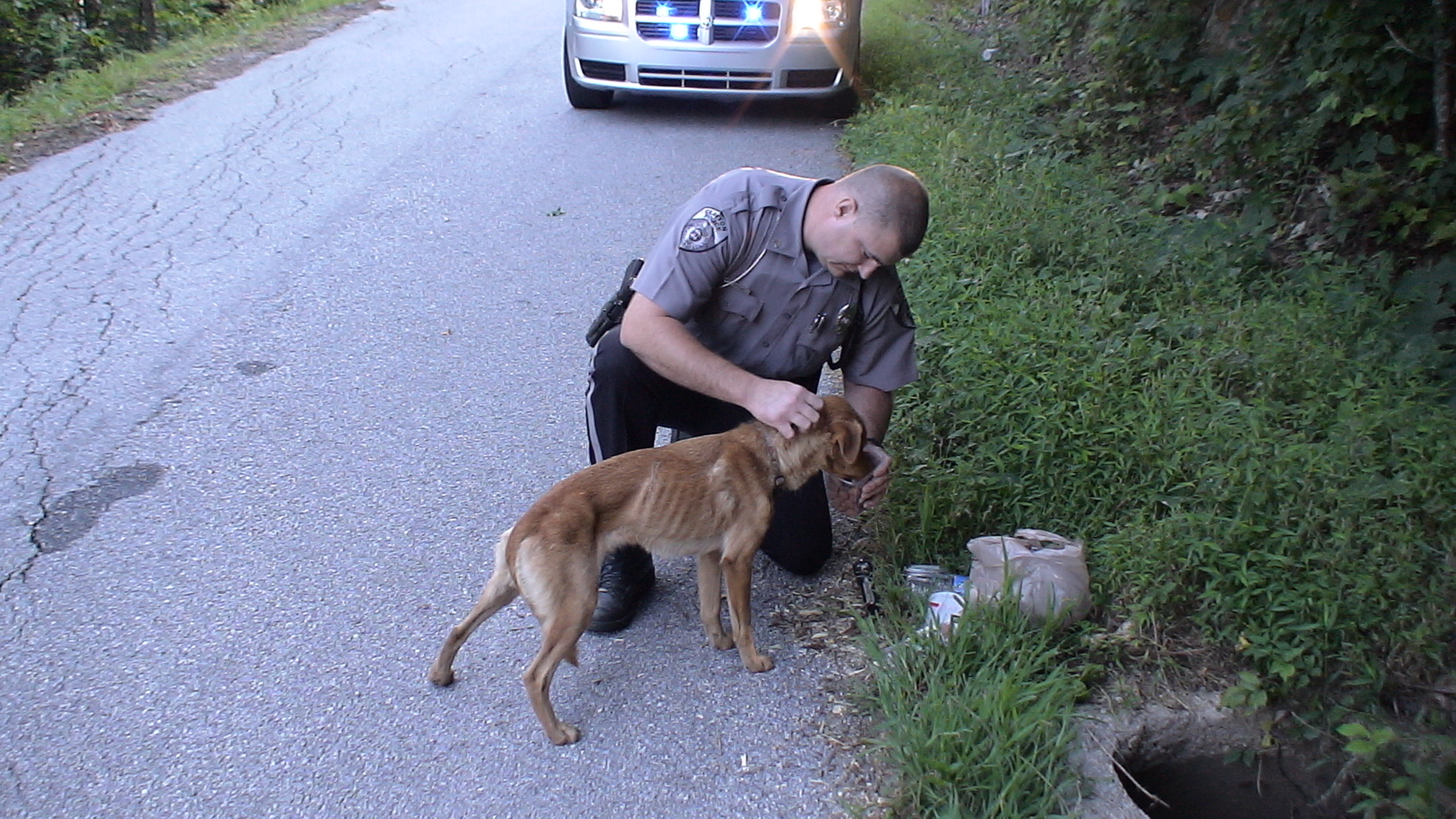 A dog missing for about three weeks is pulled out of a manhole earlier this week.

On Sunday morning, a man was walking along Kurt Dotson Road in Clayton when he heard a dog growling from inside of a manhole.

Officers Richard Hunter and Tim Brown with the Clayton Police Department responded to the scene, and discovered a dog that looked like it had not eaten in some time.

Officers Lowering Water to the Dog

Using a pole from an unlock kit, the officers lowered the dog some crackers and water. After nourishing the dog, Hunter managed to hook the pole from the unlock kit around the dog’s collar and assist the pet out of the manhole.

After being rescued, the pet was fed actual dog food and given more water.

The officers say the animal has been reunited with its very grateful owner.