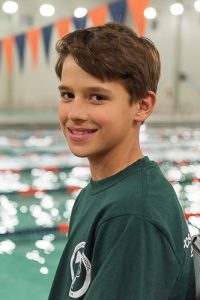 Seventh-grade track & field student-athlete Clay Kafsky of Clarkesville was selected as an Indian of the Week by coach Scott Neal.  “Multi-sport student-athlete Clay Kafsky continues to seek excellence in all of his athletic endeavors,” Neal said. “He just recently took up pole vaulting and has quickly learned the event well enough to clear 7’1  “in his first meet. He likes to try nearly every event to see how well he can do and how he can help the team. A bundle of energy, competitive and a GREAT teammate, Clay epitomizes what we would like to see in TFS athletics!” 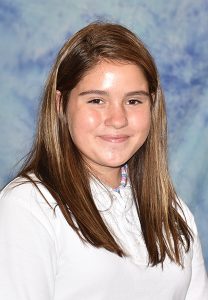 Eighth-grader soccer player Maddie LeBlanc of Clarkesville was selected as an Indian of the Week by coach Laura Higbie.  “Maddie LeBlanc is our choice for Indian of the Week for her solid attendance at optional and required training, leadership and her fierce yet respectful attitude,” Higbie said. “Maddie has the uncanny ability to bring along others, leads by example, and is not afraid to step out and communicate to both the team and individual. Her actions are not a “one-time” thing; she consistently demonstrates GREAT leadership daily.” 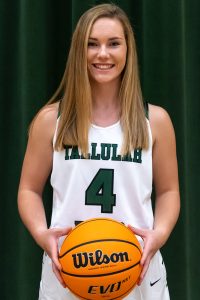 Junior Abby Carlan of Baldwin was selected as an Indian of the Week by Varsity Girls Basketball Head Coach Brandy Corbett.  “Abby had the game of her career against Lakeview last week. She had a double-double with twelve points and ten rebounds,” Corbett said. “Abby’s hard work and commitment to our program over the last two years is certainly paying off for her and the Lady Indians. Abby is an excellent example of how the investment of patience and persistence can have a great return over time!” 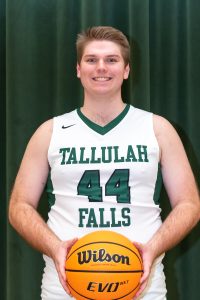 Senior Matthew Wiedner of Clarkesville was selected as an Indian of the Week by Varsity Boys Basketball Head Coach Cody Coleman.  “Matthew led the Indians in scoring with 25 points in a game against Riverside in the first round of the 8A Region Tournament,” Coleman said. “After that game, Matthew became the all-time leading scorer in TFS basketball history.”  Along with his record-breaking accomplishment, Weidner was also voted 2nd Team All-Region by the region committee, Coleman added.